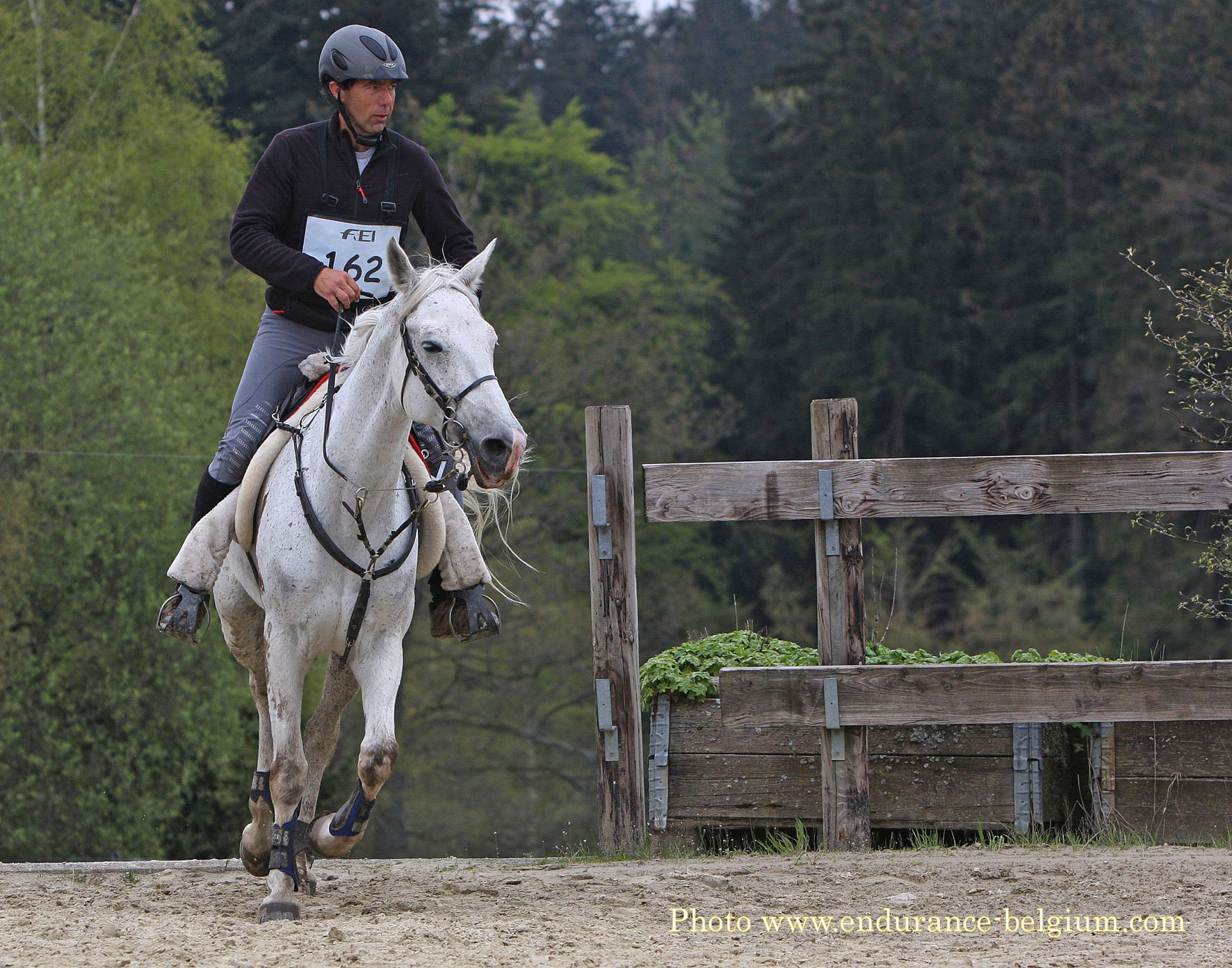 A 160km and 120km CEI event, as well as the Belgium Championship, took place in great conditions. Pierre Arnould, the organiser, selector and trainer of the Belgium endurance team, explains why there were less riders than usual: “This is a very demanding race. The loops are difficult, very technical, with lots of difference in height levels. It scares the foreign riders a little, who prefer a terrain that is more rolling. And then, the same weekend in May there was Rambouillet, one of the qualifying events for the French who want to compete in the European Championship next October. It would be interesting if the new association of endurance race organisers could meet on a global level to propose a more aligned fixture list to the FEI so that there are no clashes of important events. This would allow riders to compete in two international events that are carried out on different terrains.”

The 160km race was won by Peter Bastijns, who recorded an average time of 15,5km/h. He was riding his shagya mare Shakira de Alborada, his partner in the World Equestrian games at Sartilly where he finished 20th. He is the 2015 Belgium Champion.