HH The President of the U.A.E. Endurance Cup 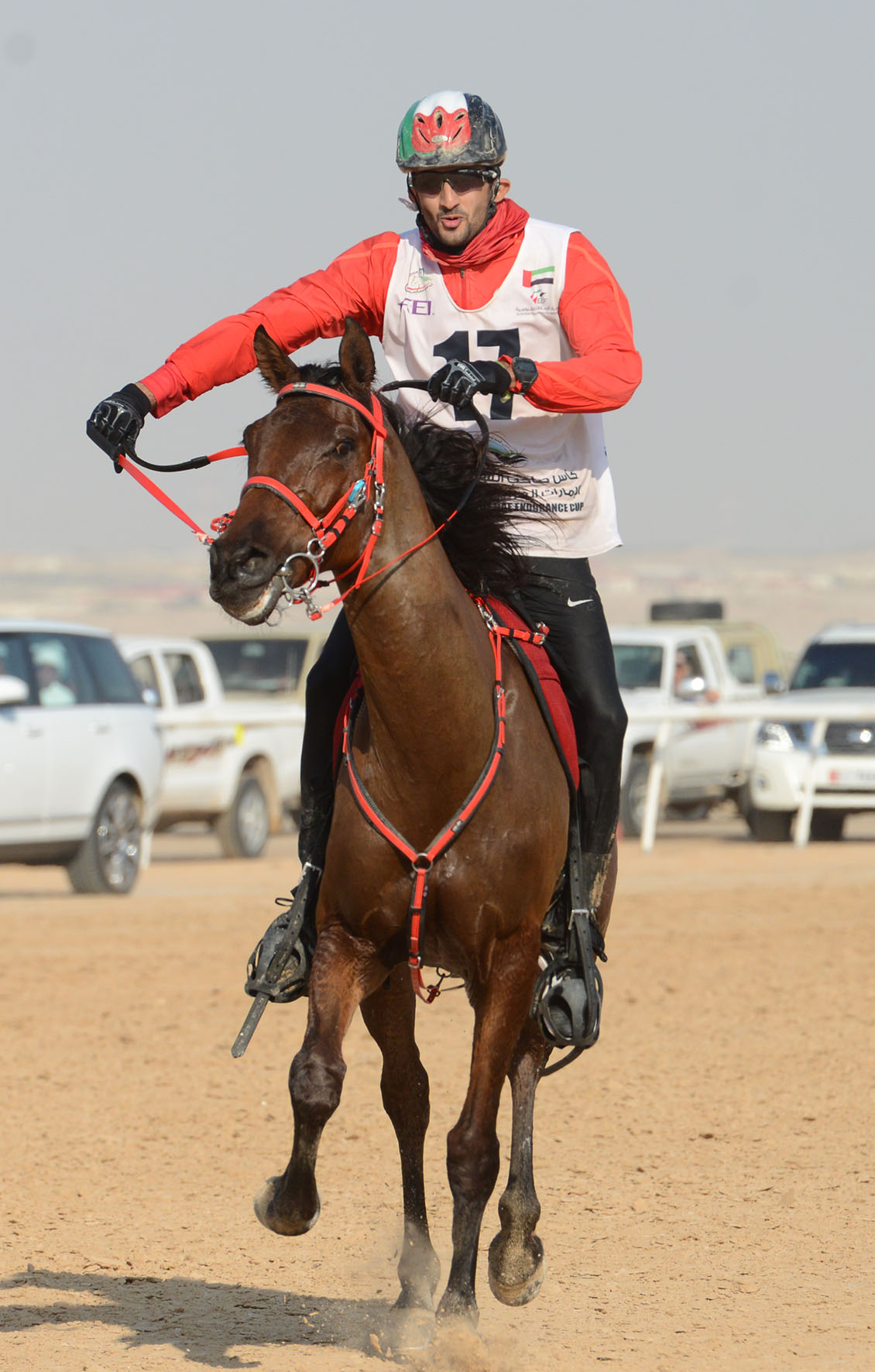 On Saturday 13th of February, the Al Wathba International Endurance village at Abu Dhabi hosted the most prestigious CEI*** 160 km race in the United Arab Emirates.

After the first leg, which was the longest, 153 participants were still competing, including Elena Ray Paton and Ainhoa Tidjour, Allan Leon and Judah of Glendhu, Edmée Merlin and Zardor de Bozouls, Manon Capitaine and Salsa de Line, Ines Pintenant and Orient Akhmia, as well as Thiphenn Le Bitoux and Terenn Arvorig.

127 horses successfully passed the controls in the second leg, which signalled the end of the race for Ainhoa Tidjour and Judah of Glendhu.

18 more were eliminated in the third leg, including Salsa de Line.

Only 84 went to the start of the fifth leg, or 44% of the participants, including 3 French riders.

In the second last leg, 55 participants passed the vet gate, including Zardor de Bozouls and Edmée Merlin, who were lying in 47th position. 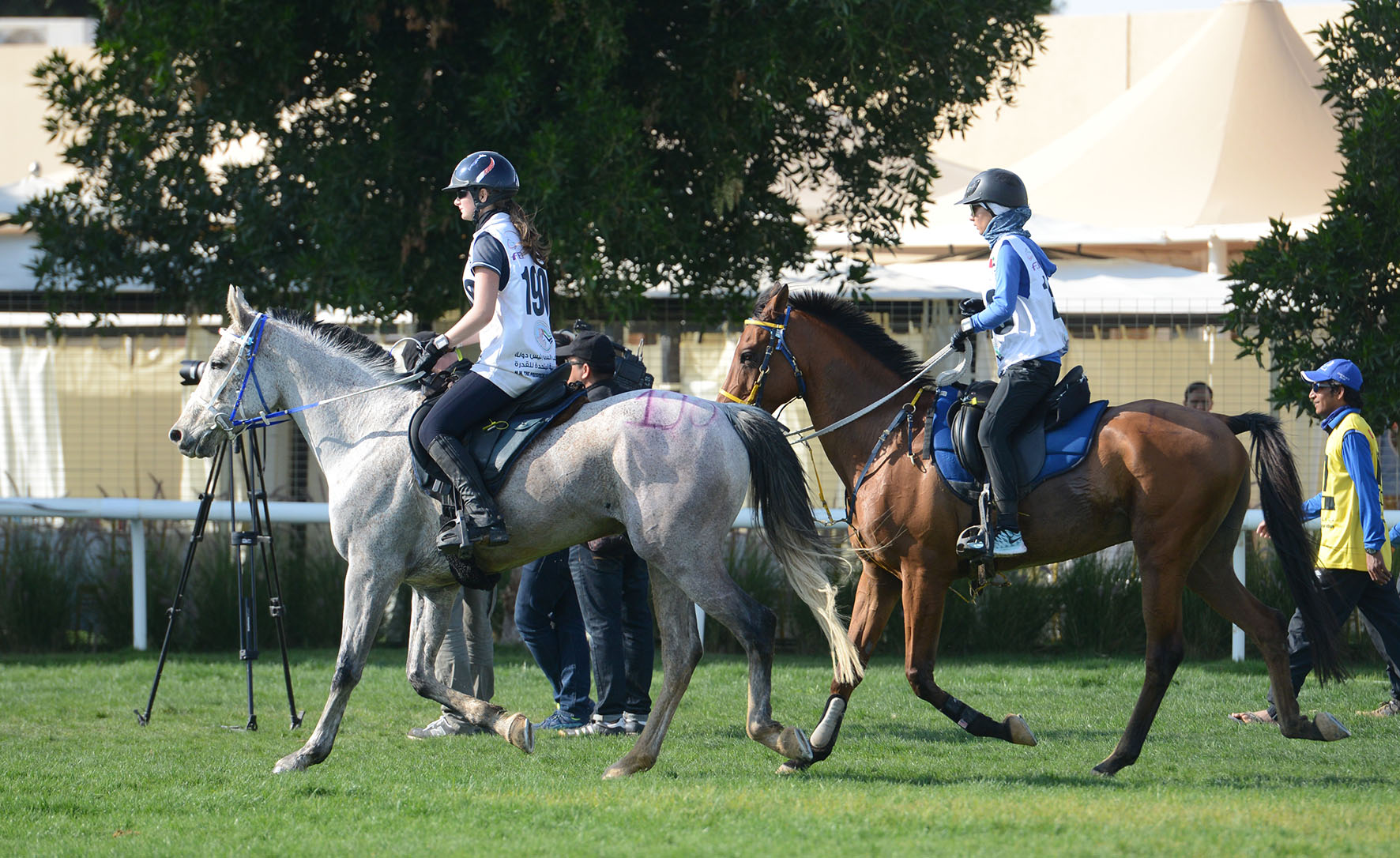 The French rider Edmée Merlin (Number 190) and Zardor de Bozouls at the arrival of fourth loop.
They will be the only French competitors who will finish the race, at the 42nd position.