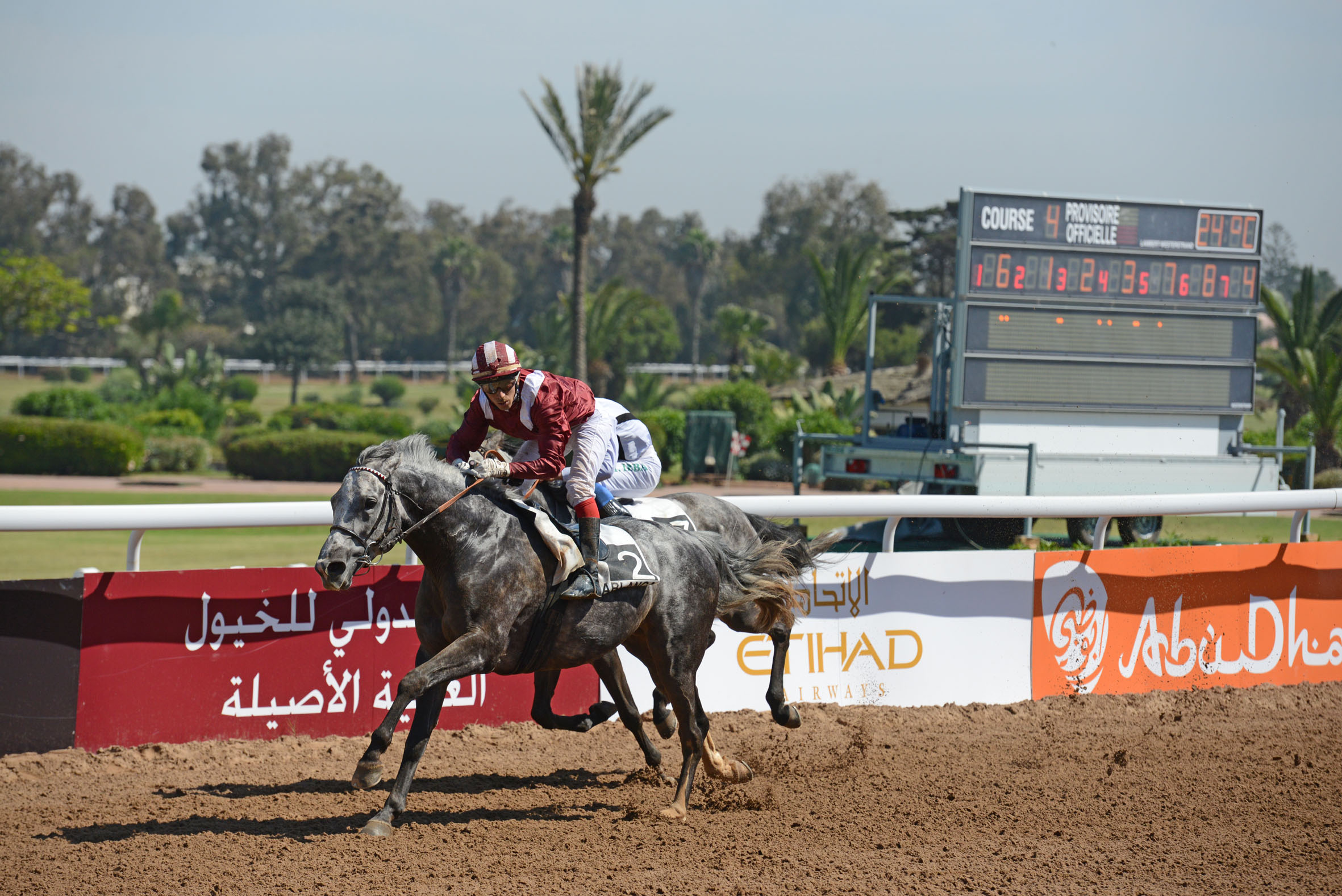 The Purebred Arabian International day that traditionally takes place on the first weekend in May at Casablanca in Morocco will this year take place on Friday, 20 November. Four international races feature on the program of this meeting, dedicated exclusively to the Arabian horse:

The Société Royale d’Encouragement du Cheval is offering travel incentives of 2500 Euros for each horse entered, assistance at the ports of Tanger and Algeciras, plane tickets in economy for the trainers, owners and jockeys, as well as full board at a hotel from the 19 to 22 September for trainers, owners, jockeys and grooms.

Entries can be made from 1st October to 12 November at www.sorec-galop.ma