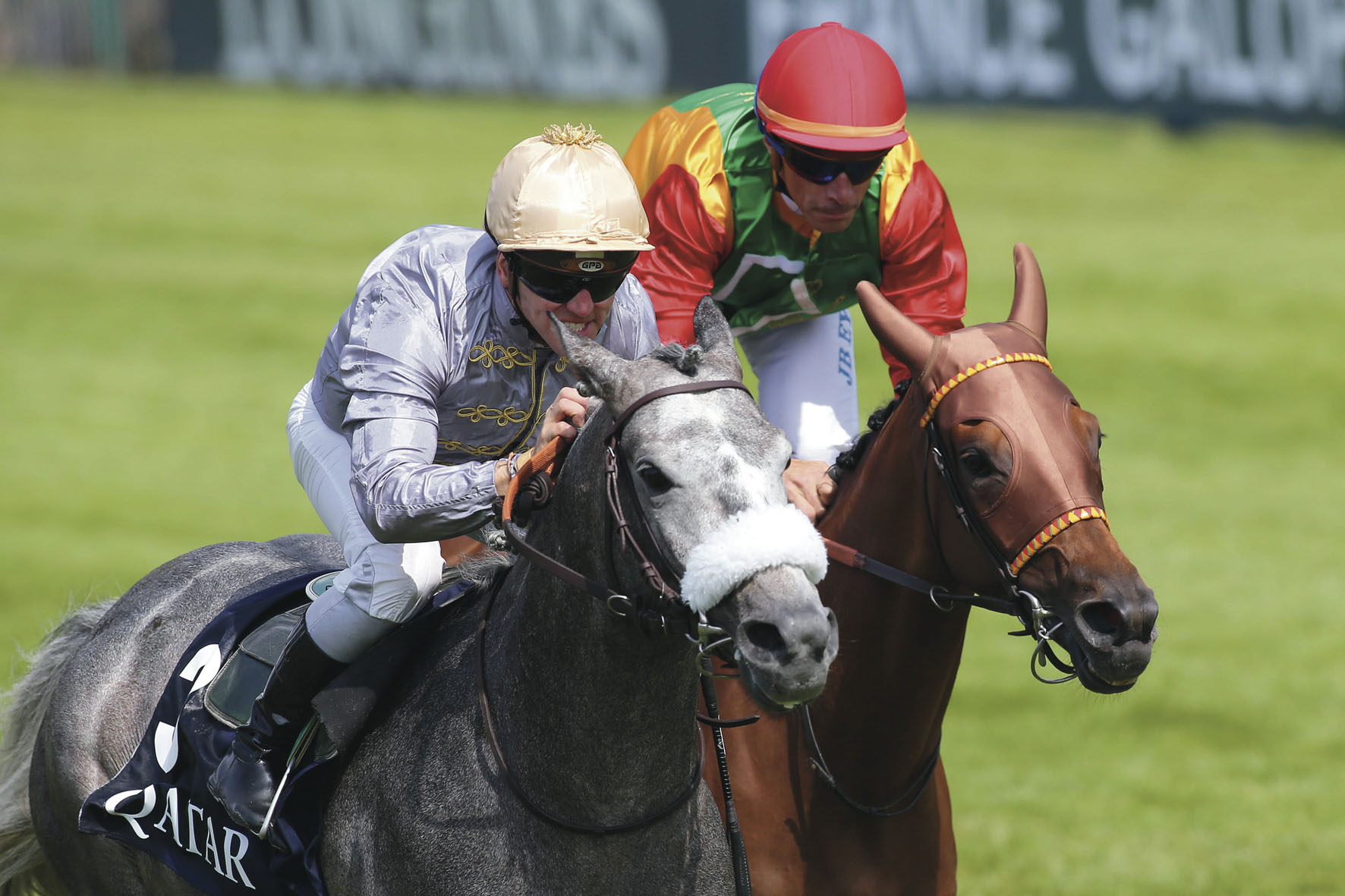 On 14 June the Chantilly racecourse hosted the Prix de Diane Longines, one of the most important race meeting in the French flat racing calendar. Since 2013, a Purebred Arabian race has been added to this prestigious meeting: The Purebred Arabian Derby for four-year-olds.

Thanks to its attractive prize-money of 150 000 Euros, since its inception this Qatar sponsored event has attracted the best French Purebred Arabians, as well as some foreign raiders. Hence, in 2015 it was elevated to Group 2 PA status.

Of the 10 runners, six were owned by Qatari owners: two raced in the Al Shaqab Racing colours, while the other four sported the HH Sheikh Mohammed bin Khalifa Al Thani silks of the Al Shahania Stud.

There were many group winners and even Group 1 PA winners in this field.

This was Mister Ginoux’s fifth victory in five starts. He had previously won the Group 3 PA French Arabian Breeders’ Challenge des Poulains de trois ans at Toulouse in October and the Group 1 PA Qatar International Trophy at Doha in February. Bred by Earl Champs Ginoux and Miss E. Bellaud, he sports the Al Shaqab Racing colours and is trained by Thomas Fourcy.

Runner-up was the very talented filly Sylvine Al Maury, who had also won a race at Toulouse in October, when she lifted the Group 3 PA French Arabian Breeders’ Challenge des Pouliches de 3 ans. She had also won the Group 2 PA Qatar Prix de l’Elevage at Toulouse at the end of April. Bred by Renée-Laure Koch, she runs in the colours of the Royal Cavalry of Oman and is trained by Elisabeth Garel who has taken on the horses of her husband Jean-François Bernard.