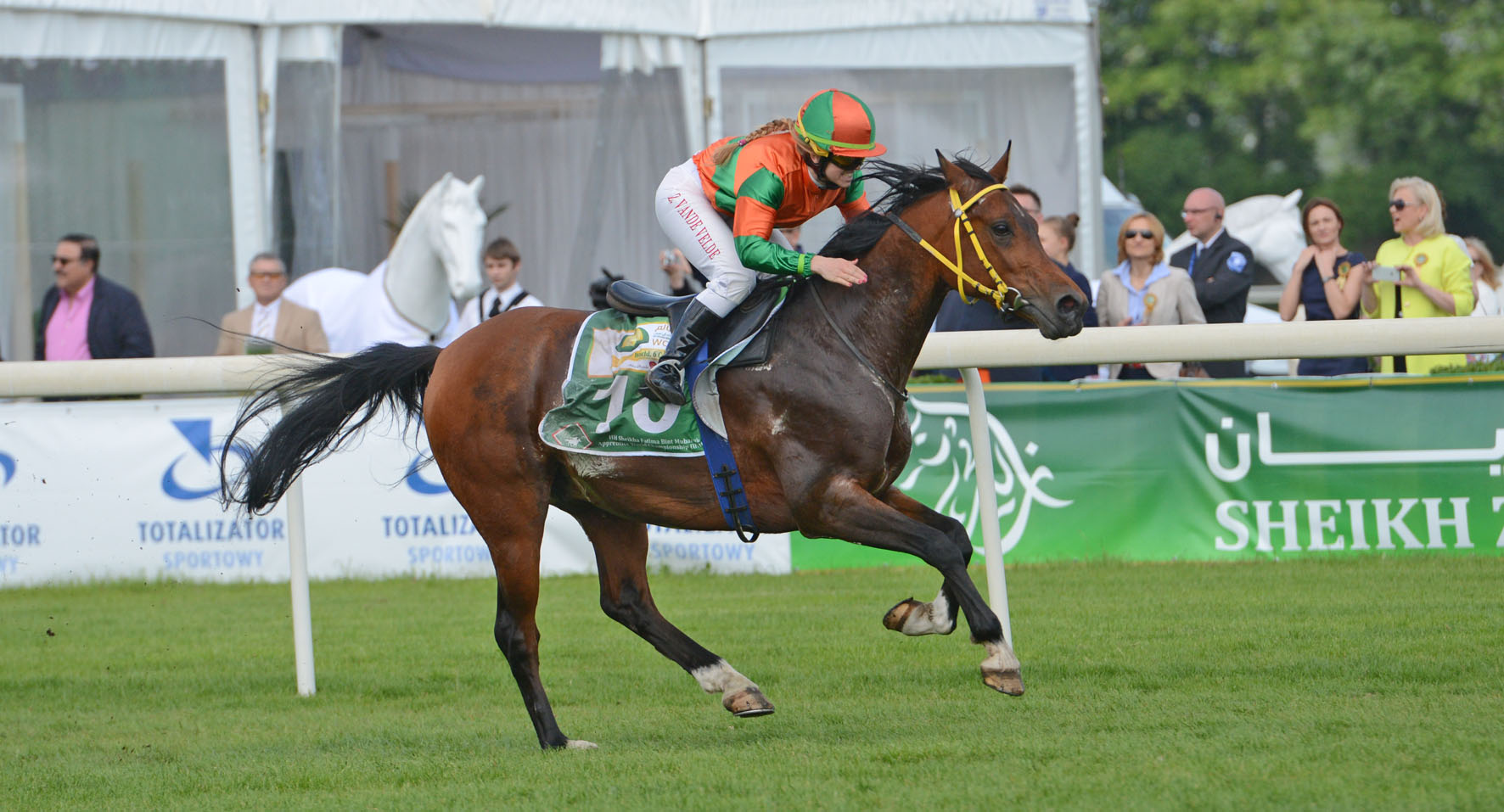 The young Belgian apprentice Zoe Van de Velde stepped in for one of the riders who couldn’t come to Warsaw for this race in the HH Sheikha Fatima bint Mubarak Apprentice World Championship, which takes place under the patronage of the HH Sheikh Mansoor bin Zayed Al Nahyan Festival.

Lucky her, because she won the 2000 meter event with Perfktor (Akbars x Pianistka) who beat the youngest rider in the race, the Moroccan apprentice, 16-year-old Omar Lakjal and his mount Benefis (Grafik x Bila) by 11 lengths.