Dutch trained horses in the limelight at Hoppegarten

“I won’t forget this race in a hurry,” said Jadey Pietrasiewicz. “I knew that the Japanese rider and Athlete del Sol (Dormane x A la Volée) were the favourites, but I was confident and knew that my time would come in order to qualify for the Abu Dhabi final in November.”

The sixth race on the card was the Sheikh Zayed bin Sultan Al Nahyan Listed Cup, which was won by Valentin (Amer x Naira), who was ridden by the Germany based jockey Eduardo Pedroza. Trained in Holland by JM Wolters for Lucky Stalbes, this five-year-old son of Amer was in the lead from the start and beat his rivals by three lengths. Both races form part of the “HH Sheikh Mansoor bin Zayed Al Nahyan Global Arabian Horse Flat Racing Festival”. 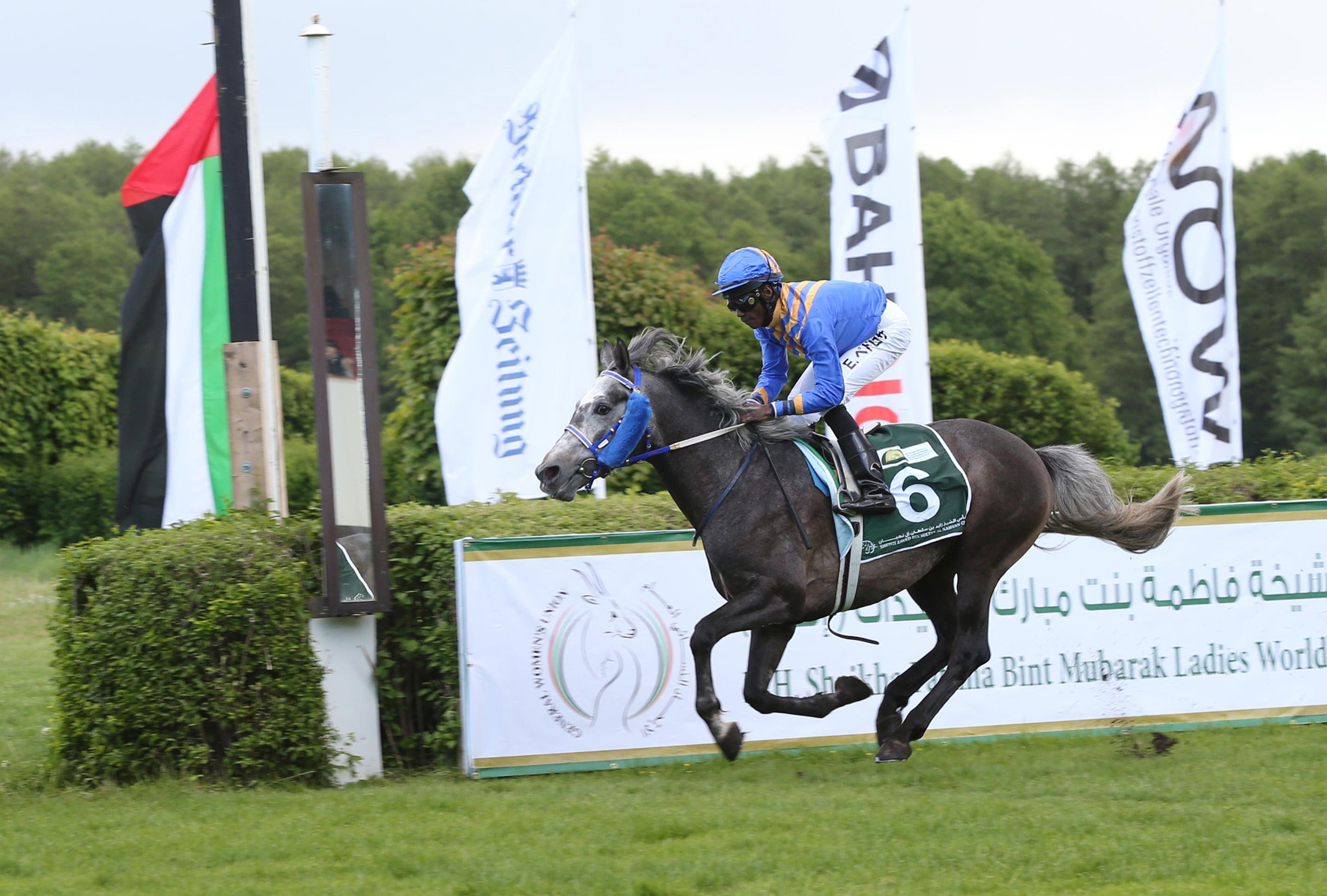