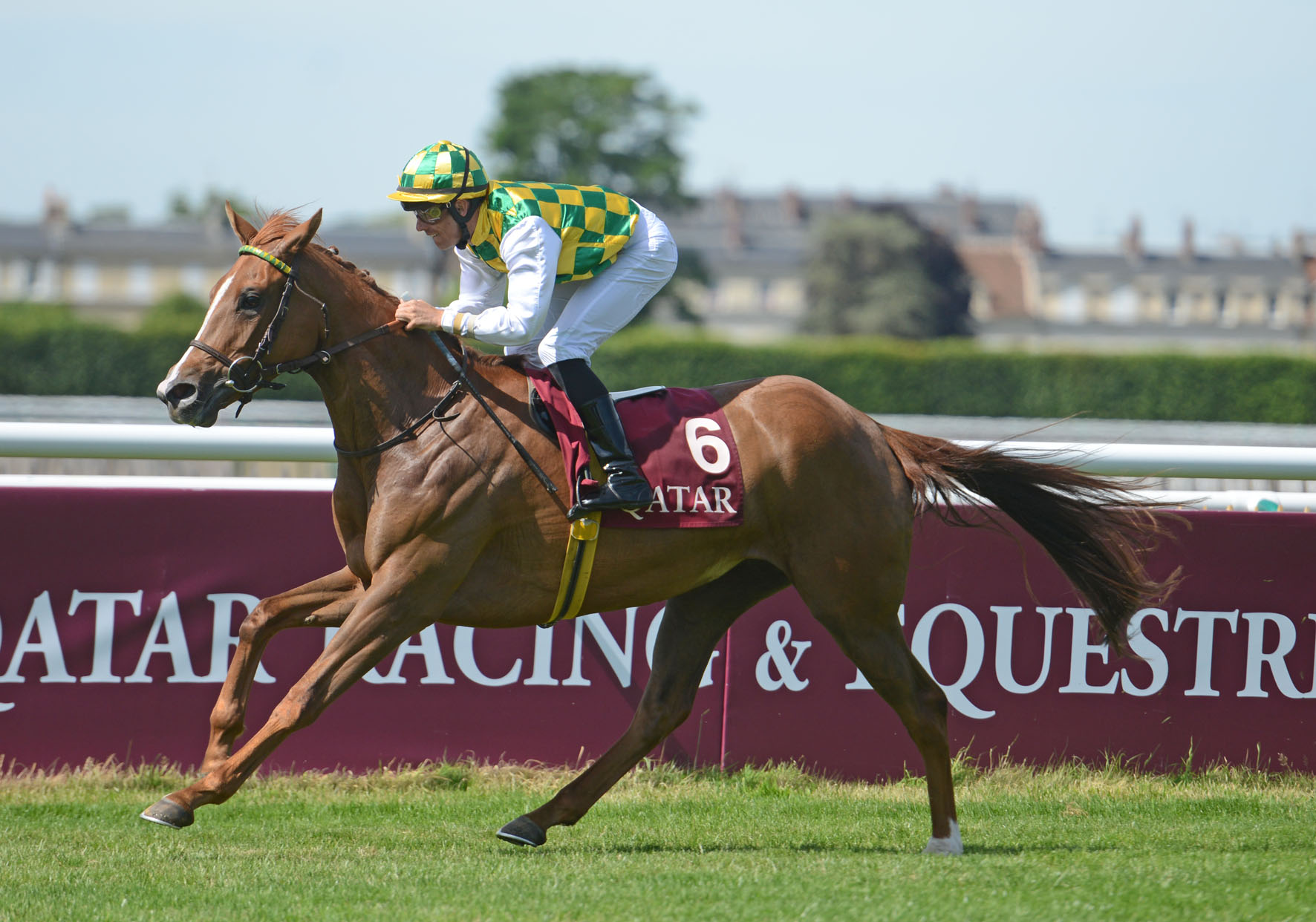 On Monday, 29 June, the Qatar Coupe de France, the first Group 1 PA race for three-year-olds was run at Chantilly. Five colts and four fillies had lined up at the start of this 1600 meter race, worth 50 000 Euros.

There were two fillies bred in Russia, including Sablia (Benedick x Sigulda by Gangut) and Sri Lanka (Dilijans x Al Sakba by Al Sakbe). These two fillies were owned by Valentin Bukhtoyarov and trained by A. Shavuyev.

This was a third victory in three starts for Mabrooka, who is owned by her breeder S.A. Sheikh Mansoor bin Zayed Al Nahyan. She is trained by D. Guillemin and was ridden by Alexandre Gavilan.