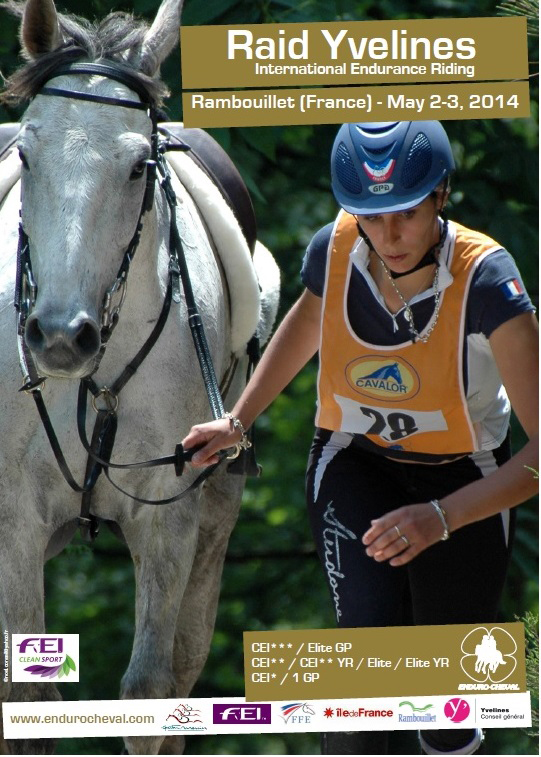 The “Raid Yvelines Al Shaqab Cup”, which is the traditional international rendezvous for Endurance riders and took place on the 2 and 3 of May at Rambouillet, is supported by the Qatari stable Al Shaqab, partner of the CEI***. It is a very favourable partnership as the Enduro Cheval association, which negotiated the partnership, provided an existing platform and hence was able to use the financial aid to optimise the organisation of the 2014 edition, which made this CEI*** available for national selection in view of the World Games. It also organised a CEIYR**, a race for the under 21s and part of the selection races for the 2014 European Championships, as well as a CEI** and two CEI*.

And the optimization certainly pleased all of the 152 riders (including 127 in the CEI from Qatar, Kuwait, Oman, UAE, Ireland, Great Britain, Holland, England, Switzerland, Italy...), as well as the spectators, exhibitors and institutional partners like the Yvelines General Council, the Rambouillet town, the Regional Council of the Paris area, the French Equestrian Federation and all the towns and villages who were part of the track.

Apart from the tracks that had received a massive downpour on the day before the CEI*** and an unexpected traffic jam at the assistance tent in the Sonchamp village, the events took place in the best possible conditions, on the organisational as well as on the climate front. Riders and assistants appreciated the two dinners offered by Enduro Cheval, as well as the rock concert by Les Luciolles, that went on well into Saturday night.

The full result can be found on http://www.atrm-systems.fr/index0fr.htm