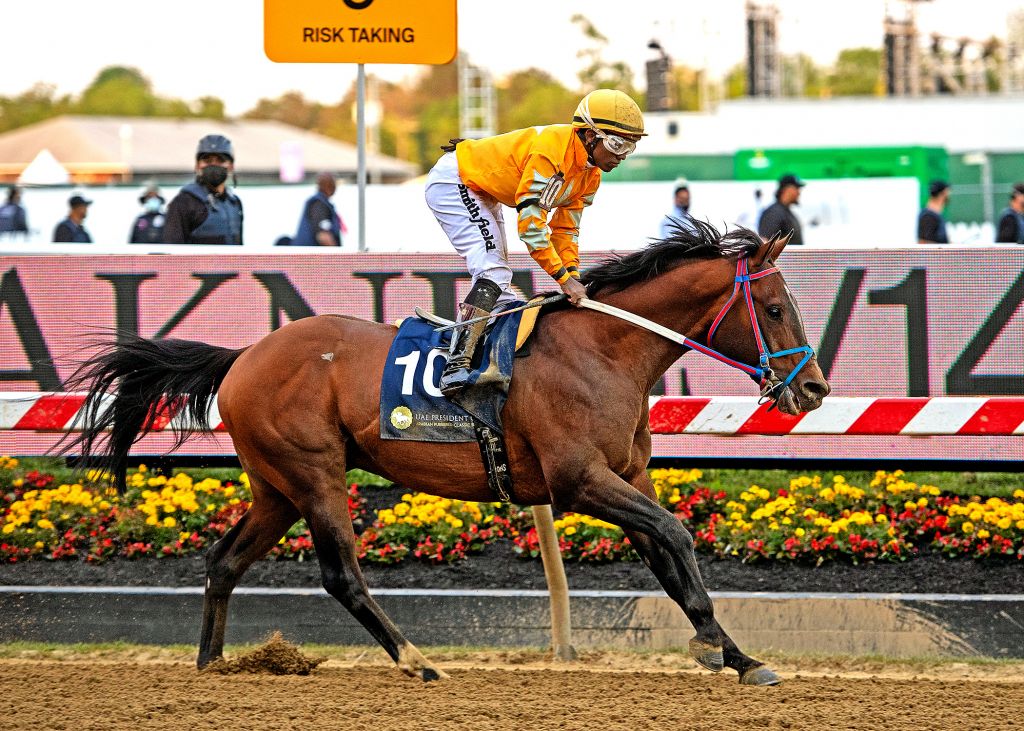 For the second consecutive year, at the age of ten, the son of Burning Sand and AK Loretta (Virgule Al Maury) has lifted the richest race for Purebred Arabians in the United States when he stormed home in the 1700m Grade 1 The UAE President Cup ($100 000) that took place on May, 15 at the Pimlico racecourse in Baltimore.

Paddys Day can look back on an astonishing career that includes 30 victories from 51 starts. He has won 9 Grade 1 Stakes, 1 Group 1 PA race and was the runner-up on ten occasions.
From 4 to 8 he ran in the colours of Quarter Moon Ranch LLC and was trained by Scott Powell. During that time, he spent the 2017/18 season in the UAE where he won the Group 1 PA Maktoum Challenge Round 1 and the Group 2 PA Mazrat Al Ruwayah. He was also the runner-up in the Group 1 PA Maktoum Challenge Round 2.

Following a conflict between Quarter Moon Ranch and the racing authorities in the United States, since 2019 Paddys Day ran in the colours of his breeder Jane R. Teutsch. In 2020, he ran four times, winning three times, which earned him the 2020 Darley Award of the best older horse in the United States.

On May 15 at Pimlico, he ran for the first time for his new trainer Roman Aguayo.
Paddys Day is one of those rare racehorses to work as a stallion, as he currently has 28 products registered between 2016 and 2020 in the United States, whilst still performing at the highest level.

For a look at his career go to: https://www.equibase.com/profiles/Results.cfm?type=Horse&refno=7006430&registry=A&rbt=AR